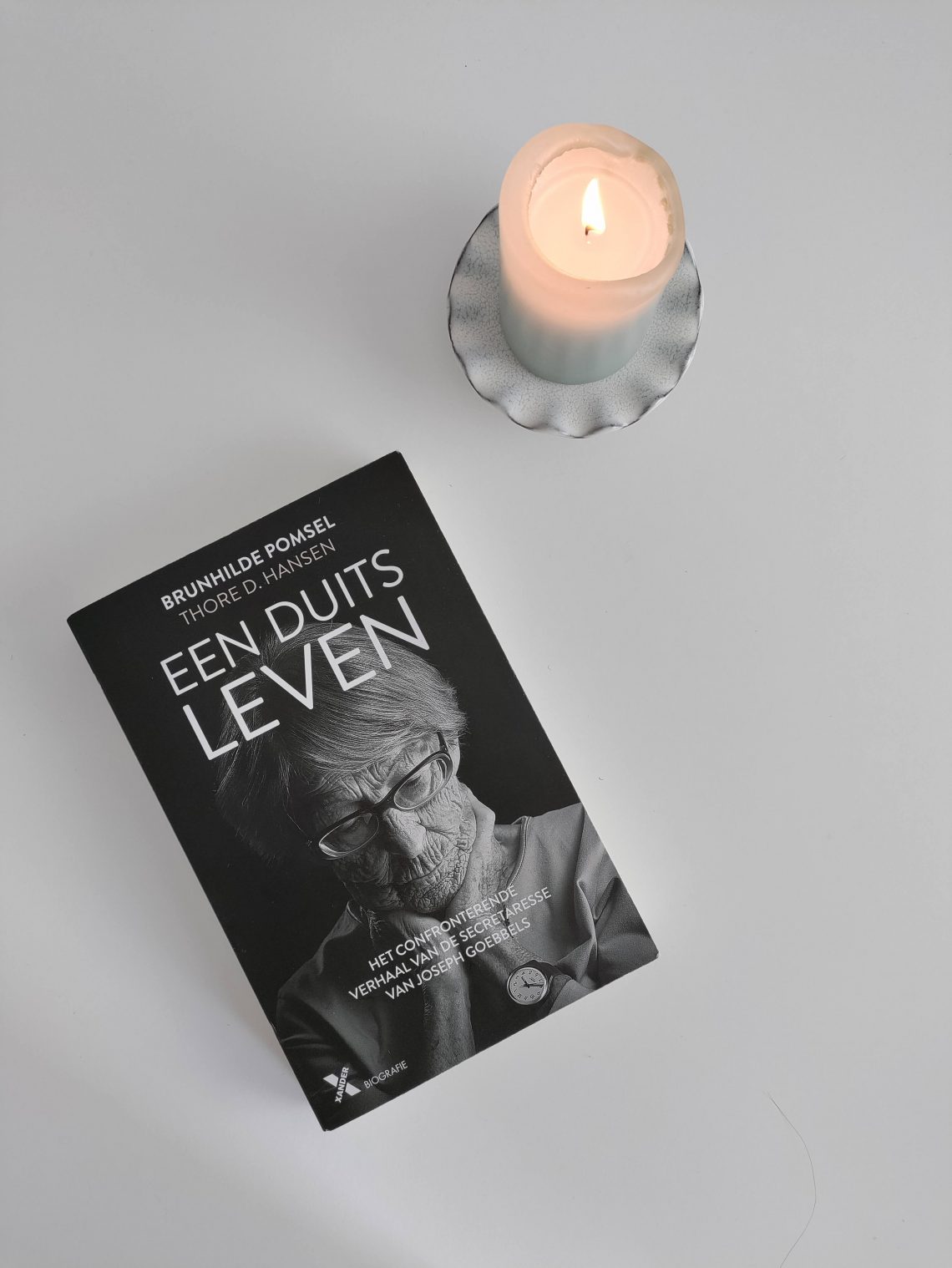 History was always my favourite subject in school, the world wars intrigued me. So much happened at one time and it always made me wonder why people did what they did and maybe even more interesting how they would look at it now. Years later, what would they say? Would they say like so many did “we didn’t know” and would that be the truth? Would you lie outright or by omission. Would you be able to truly bear what you were responsible for? I think making yourself look/sound less important. Maybe that would be easier? History makes us feel a certain way, It is written by the winning party. So, can we ever truly understand why someone came to the point of being a secretary for Joseph Goebbels. This story is basically the writing-down version of a documentary. I have found a video that I will share later in this post. 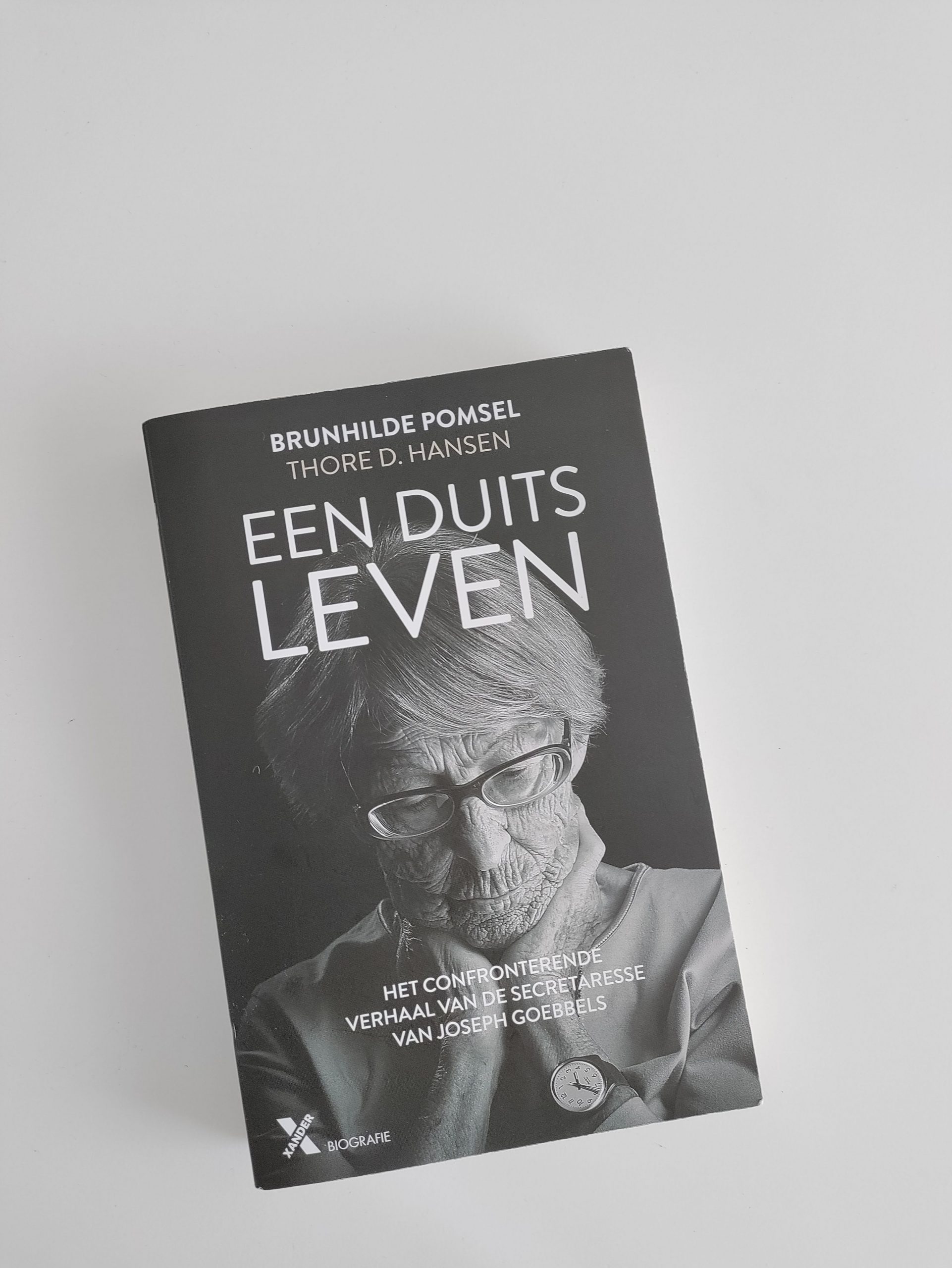 What is this book about
Brunhilde Pompsel worked from 1942 to 1945 for one of the greatest war criminals ever: Joseph Goebbels. This put her right in the center of power in Nazi Germany. 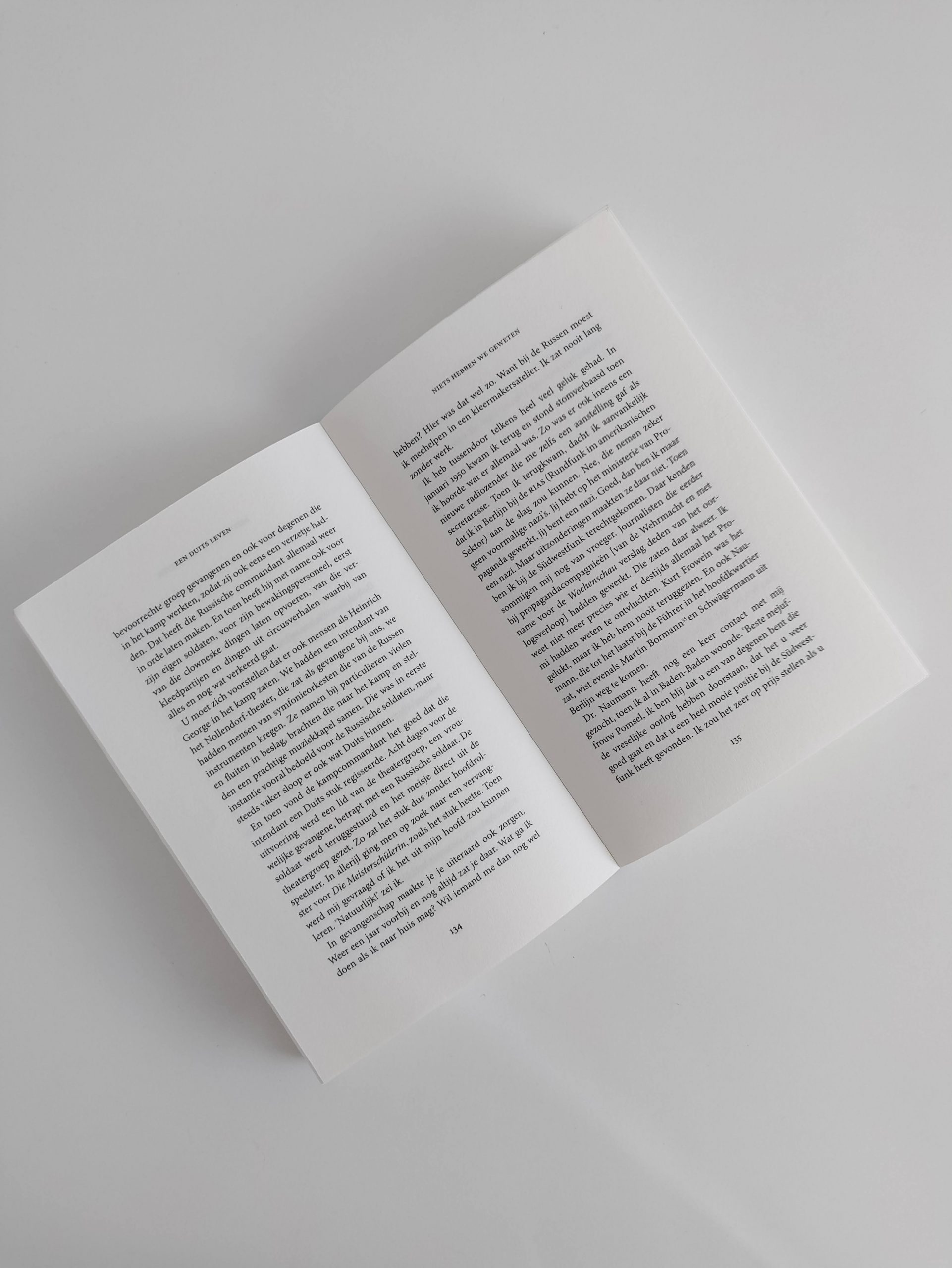 In a German life, Pomsel tells without hesitation about the war years. She was an apolitical follower and doesn’t deny it: her job, her sense of duty, and her desire to belong went for it. It was only after the war that he became aware of the full extent of the Nazi practices. Her life story and unconcealed honesty confront us with a highly topical question: what is our personal responsibility in this politically turbulent time of resurgent nationalism and populism? And what are the chances of history repeating itself if we don’t become aware of it? will we say later, like Pomsel, “We didn’t want to know?”

What did I think?
This was truly one of the most confronting stories I have ever read. I want to start with something light the preface and epilogue was by far the worst thing I have ever tried to read and I skipped through most of it. Here is the thing, there is nothing wrong with trying to learn from the past. To look at what happened in Germany and the problems in the country as well as in the rest of Europe. To see not only how Hitler came to power but also honestly why the people voted him in. Was it something about him, was it the way he framed his message?

All those things can be so interesting and helpful to look at. It is a whole other thing to suggest that half of the western world is almost ruled by several Hitler 2.0’s. To suggest that people that (hopefully) look at all their options and do their duty to their family’s and country to go out and vote. To suggest that all these people are at the start of a new Nazi Party. I find this vile and makes me sick if I am honest. This is not how you prevent history from repeating itself, this is how you make sure it happens. We should never in a million years make people feel as if there is no other choice. As if it’s us against them no matter who ‘them’ are. Framing the world in black and white is exactly the breeding ground on which these terrible things could happen. I would like to add that asking questions about what political leaders do and the climate they push is important but honestly, I don’t feel like this is the way to do so. 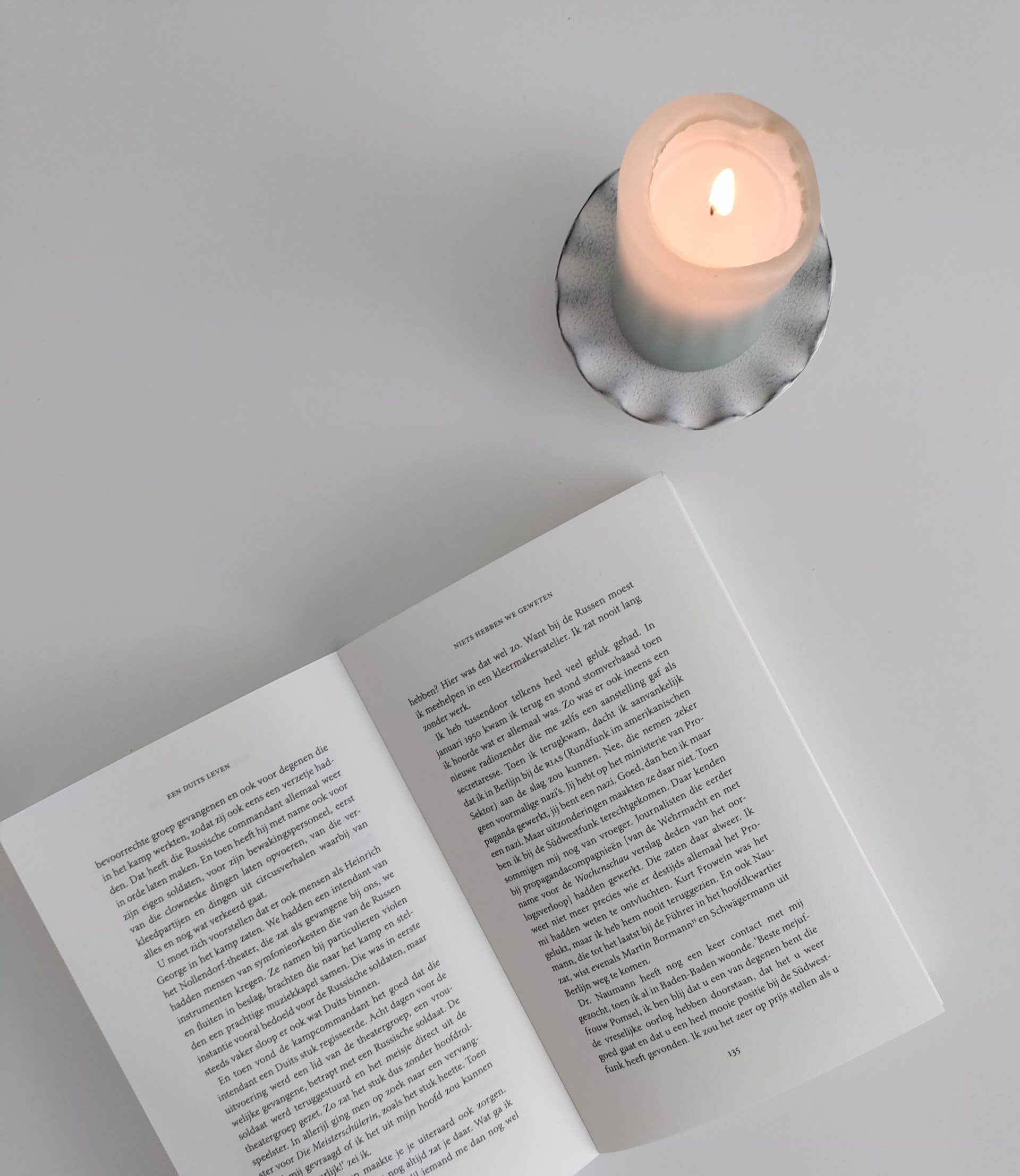 Like I said before this book was so interesting yet heartbreaking at the same time. In a way, it is understandable that Pompsel paints herself as well, the person that did not do anything. As if all of it happened to her, as no fault of her own. Yet, that’s not entirely true. It couldn’t have been, I do believe there was a lot she did not know, I also like to believe there was a whole lot more she didn’t want to know. You don’t however end up in the bunker next to Hitler himself if you didn’t do anything. I understand, trust me I do. If you never felt so strongly about the whole thing to begin with and when you lose. Why put your neck on the line? I get it, truly. The only thing is that I wonder where is the lie? It is the feelings, it is just lying by omission. It might be more than that, which is scary to think about. It’s so sad and heartbreaking to think that someone would be pushed to do things that are morally not right. Yet, she lived to tell the tale, the only problem is it’s hard to know what is the truth. It reads like that as if the truth is in there but you have got to read between the lines. The ending had me heartbroken all over again. Before the war in 1936 she met a man, he was Jewish. He went to Amsterdam and she and her baby didn’t go with him. She never had the baby, she died alone. She was never married. I think knowing that, it clicked into place for me. I do honestly believe there was a whole lot she could have known but she just didn’t. She might have been depressed, grieving, or just plain numb.  It’s a heartbreaking tale but I am not sure if it teaches us anything.

I escaped from Auschwitz – Rudolf Vrba

The book of tomorrow -Cecelia Ahern