Sometimes you go and watch a film because you are excited about it, other times because it sounds somewhat good. Sometimes even because someone else desperately wants to watch it.  And then, very rarely you find yourself wanting to watch something because you simply have to. This film, was exactly like that.

I must admit, this film lived up to all the expectations and then some.

The film in short
A ‘1950s housewife’ living with her husband in a utopian experimental community begins to worry that his glamorous company could be hiding disturbing secrets.

The trailer
If you want to watch the film, I recommend not watching the trailer. As it gives away so much of the story.

My thoughts
Let me start with the following, there is one scene where Jack (played by Harry Styles) is in his car. It’s supposed to be a tense moment, maybe even upsetting. Without giving too much away, Alice has just left the car and Jack was crying and apologizing. Then it’s all silent, the music swells, and Jack curses, and then he does it again. The whole theatre is dead silent. And it sort of bubbles up, the way it does sometimes all the way from your belly to your throat, I try to block the audible laughs trying to escape. It’s inappropriate, why is it even funny? Next to me, I feel my brother shaking with silent laughter. Then I am done for. That scene alone made the 15 euros worth the movie. I know none of the film was supposed to be funny but it was so iconic. It was so funny it alone made me recommend the film to everyone I know. Other than that though…

This is one of those films that could have been so good. The story is interesting a sort of Truman show meets the matrix. The thing is…  it’s not a psychological thriller and honestly, it’s not even good. I truly think people say it’s really good because of the cast. If you loved it don’t worry, I enjoyed it too but objectively it wasn’t very good. 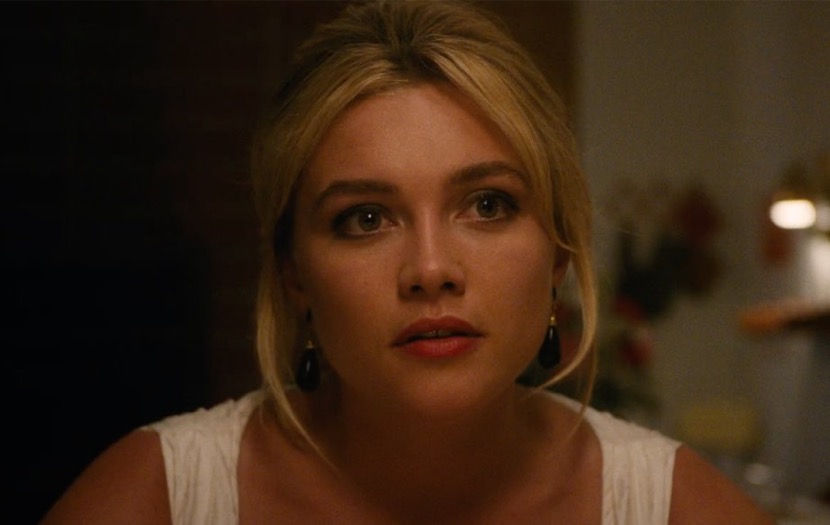 This film could have had a strong feminist message without making it too obvious. It could have let the horse to the water as they say. This film could have been a wonderful commentary about internet culture, about job satisfaction. About gender roles of men and women, about the undoubtedly perverse glorification of the 1950s. And that this glorification in the end can lead both men and women astray in their ultimate goals, desires, and what they are meant to do. It could have been a commentary on the intrinsic need some of us have to have a career and that this cannot be squashed out in any way shape or form. It could have been all those things. It’s clear from the story and what people that worked on the film say about it, that this is exactly what they tried to do. But they didn’t do it, this film wasn’t a commentary nor did it bring a strong message. Don’t Worry Darling could have been a great film, they just failed on every turn they passed. I hate being so critical, and I do not like to say I think something is not that good. But for me, it’s just sad. This film had so much potential but it lacked that. Which truly is a shame. 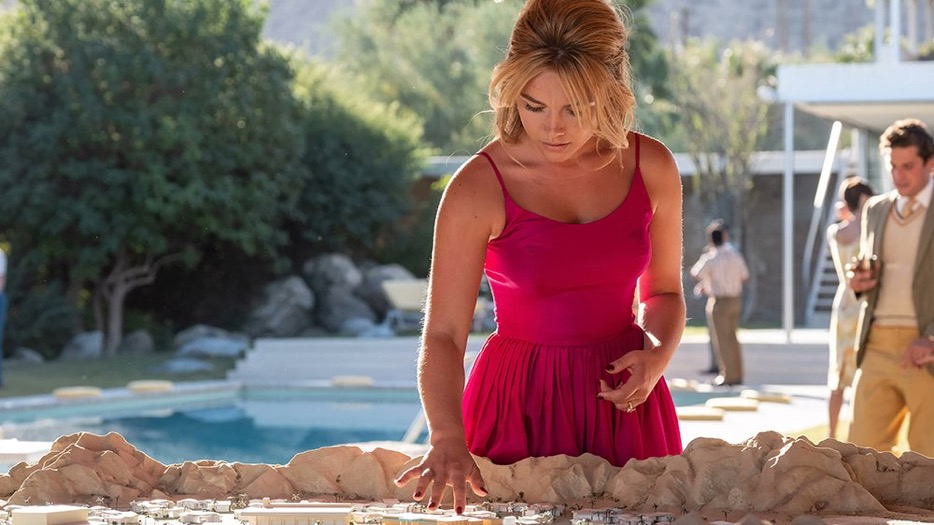 It had nothing to do with the cast though Alice (played by Florence Pugh) truly gave an amazing performance, with every breath you believed her. It was thrilling, everyone was rooting for her. She truly has a great range. She honestly is a wonderful actress and this film did not do justice to her wonderful talent. The rest of the cast was alright, enjoyable, and overall good performances.  I want to preface the following by saying. I admire Harry Styles a lot, I think he is an awesome musician. I think he can really come into his own with acting and become much better. But truly he isn’t yet good enough to play the lead in my opinion. He wasn’t bad but some scenes needed another take or two. The ending when we found out what happened and how they came to live in Victory couldn’t have been detected at all. There was no foreshadowing in his performance.  Her going to headquarters could have made him angry yes, disappointed too indeed but not the utter disbelieve he showed. In addition, his accent came in and out, turns out he was a British man who played an American that played a British man or something to that effect. All of this could have been helped with a strong vocal coach and re-shooting of some scenes. Thus, he is not bad and with practice, he can become wonderful but the combination of this performance and dare I say it, the directing made him not that good. I think that an actor is only as good as the material provided and the direction given. Some will shine under every circumstance (Florence for example), while others will not. Without it being their fault let’s be honest this is on the director. Speaking of.

You can direct a movie and star in it. But Oliva Wilde (the director who played Bunny) made herself the third lead. In the scenes where people greeted others, she would always be greeted, scenes that panned over everyone stayed on her face the longest. It was weird as she is such a minor character that didn’t really add or change anything to the plot. It felt in a sense that she wanted to be the star of the show. But that is not the story you are starring in. In addition, the storyline with Margaret (Played by Kiki Layne) was done so badly, it did the story nor the actress any justice. It felt as if there is a whole story there that everyone knows but was forgotten when editing the film. Kiki shared on Instagram that most of her scenes were cut and I again cannot help but think about what the film could have been.

Coming back to Bunny, in the end, she was apparently aware of the plot the whole time. To me it felt like a role of the eye moment. A moment where you think, of course, she knew. Her reason though? So she could be with her kids. Excuse me? You hate your kids? When they came up you were basically slagging them off? It made no sense and felt as if it was put in to make the character more important than she was.

The visions Alice has could have been good but why on earth did she see snippets from the welcoming video? Why didn’t she see her real life? The scene with her life could have been added when she went to headquarters it would have made so much more sense. It would have made the film so much better and that’s editing. Just snippets throughout how they came to live in Victory could have been so good instead of this weird afterthought. As I said it could have been a great commentary on internet culture but the way it was shot, and edited didn’t work towards this goal and thus the goal was not reached.

Some final thoughts, some shots were abysmal, there is one scene where two groups of three people each are talking and the camera is turning around. Without trying to be funny it was nauseating.  If I had already had my dinner it would have been horrible I assure you. Especially when it was not necessary. In addition, there were many ‘dead shots’ where the camera just stayed on someone or something a tat too long and it didn’t make it creepy, it felt unnecessary and took away from the pacing. This film truly could have been better with a runtime of 30 minutes less than it was now. Furthermore, a record player not playing music anymore is indeed a strong message if the music cutout is aligned with that shot. Also, if you want to portray a certain sexual act that’s fine, obviously the actor doesn’t really do that act. But an overhead shot in the way it was filmed made it a 1000% clear that it was fake. He was acting around her knee, not her private place it could have been filmed much better making it look real whereas this made it look like a film. In addition, the portrayal of the perfect husband was a bit much if it turns out he is anything but. Again even in the storyline, there was no good foreshadowing. Having said that I think Florence is absolutely right, this film is not about the sex scenes. Matter of fact in my opinion they could have been cut out and it wouldn’t have made a difference. Once again a narrative of the movie is spun but nothing about that narrative came to pass.

Finally, the harmful and unnecessary depiction of shock therapy was not only unnecessary but absolutely disgusting. Mental health treatment shouldn’t be used in a way to scare people away. Shock treatment is used with much smaller amounts of voltages and a whole lot of safety precautions nowadays. The story does not actually take place in the 50s thus the argument that this might have been used in that way back then is no excuse. It is deplorable and I blame the movie makers for this. Electrotherapy saves lives, people that do not respond to ANYTHING ELSE, people with for example CRIPPELING DEPRESSION get MUCH BETTER with this form of therapy, and I will not stand here and condone such a depiction. To me it’s the final nail in the coffin of a film that simply wasn’t so good, I do find it so sad for Florence though, she gave an amazing performance and I cannot wait to check out newer work from her.

Note: I recently have made a bookstagram, find it here. 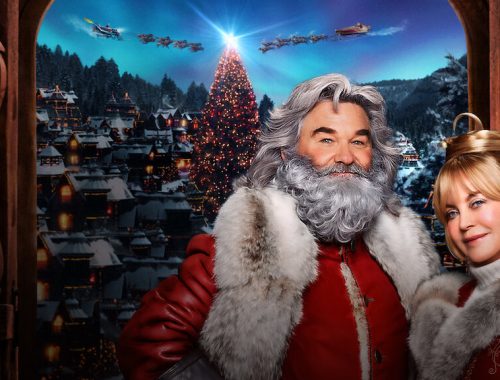