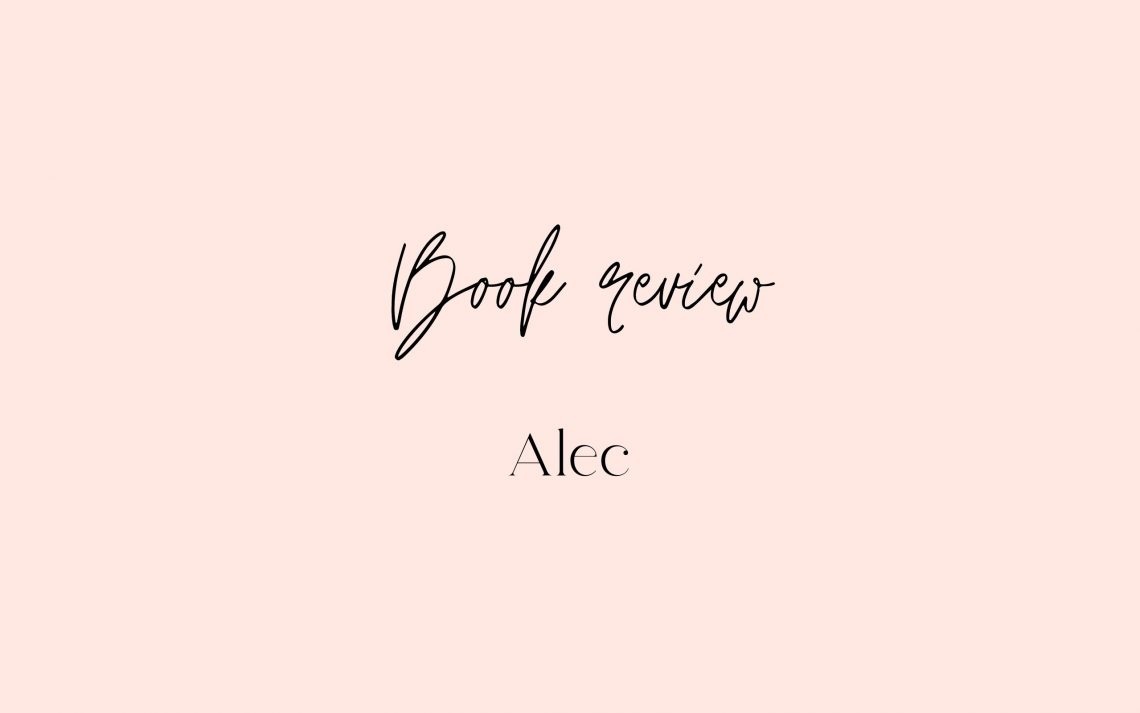 The decision was an easy one to make. In what way do I want to start this year of? With a BANG, obviously. Starting with a party is always the best way to start. And who can bring more life to any party than Alec? Exactly, no one. So here we are today, with a new Slayter Brother book review. Let’s start with this: Some couples you read about are so difficult, either because of their personalities (Dominic and Bronagh come to mind) or their circumstances. For some of them getting together is difficult. Other couples though are easy. They have a finality, an inevitability about them. The only reason they would not be endgame would be outside circumstances and influence. Keela and Alec are in so many ways an easy couple, you see it right from the start. Yet… their pairing is one of the most difficult ones in the end.  Because things that are meant to be, don’t always come to pass in the right way. Let’s get into their story.

The book in short
Keela Daley is the black sheep of her family. She has always come second to her younger cousin Micah. Even in the eyes of her mother, Micah shone bright, and Keela faded to black. Now, in adulthood, Micah is a bride-to-be and the spotlight is solely on her. Keela is a low priority…or so she thinks.
Alec Slater is a bachelor, never one to bed the same woman, or man, twice. He is a free agent who does what he pleases and answers to no one; that is until a fiery Irish redhead with a temper to match her hair colour knocks him on his arse. Literally.
She hates to admit it, but Keela needs a favour from the cocky Slater brother, a huge favour. She needs him to not only escort her to Micah’s wedding, but to also pose as her boyfriend. Alec agrees to help Keela, but has certain conditions for her to abide by. He wants her body and plans to have it before anyone can say I do.
What he doesn’t plan on is losing his heart as well as the possibility of losing his family when someone from his past threatens his future.
Alec owns Keela, and what Alec owns, Alec keeps.
I found this information here. 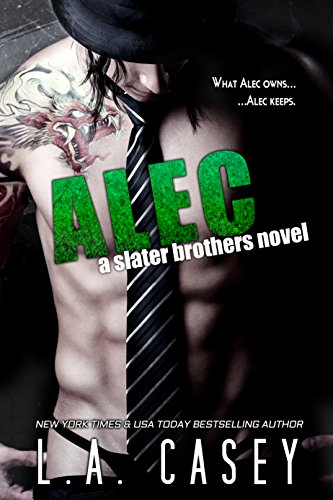 What did I think?
With spoilers, as always.

We pick up our story on the night of Bronagh’s 21st birthday, we left the core story when she was 18. We know what happened in Bronagh, Aideen got jumped by a girl because of Alec. After being punched in the face Aideen wants her friend Keela. It made me wonder where Branna had gone off to. All that aside this is where we step into our story. Alec calls Keela in the middle of the night to pick up Aideen. Keela is obviously scared for her friend and wants to get to her as quickly as possible. Let us first paint the picture of the relationship between all these people Aideen and Keela are best friends, they are also friends with Branna as they were both invited to Bronagh’s party (Keela didn’t go), Aideen and Branna are close whereas Keela and Branna aren’t necessarily. Essentially making Aideen the glue of the group. This is how the group we come to love, know each other. I really love the relationship between Aideen and Keela, you can really feel their friendship. Girls cheering each other on is the best thing about books.

Now from Keela’s Pov. Keela gets a call from a strange man in the middle of the night telling her that Aideen has been hurt and needs her friend. Keela is obviously not amused by this at all. The funny thing is, she finds Alec’s blatant flirting off-putting specifically at first, which has not happened to him before. It is so interesting to see Keela’s journey. Keela is very insecure, she does not have a good bond with her family and she has a hard time trusting people. I find her to be a really strong character throughout the story she really finds herself. She is such a hard-working amazing girl, she is insecure though. Especially about her body, which has to do with how she was raised. She feels that she does not have much going for her. In addition, she is a writer with a minimum-wage job at a supermarket she does not like. She has recently decided to go for her passion which is writing, so as we meet her she is in this vulnerable position. She does have some bite in her and we can really see that in her relationship with Aideen and later with Alec. The funny thing with books is that sometimes you really identify with one of the characters in a book, and other times it’s as if they are your siblings or cousins that is how much you care. In this story though, it’s as if they are my friends. I want the absolute best for this relationship and I am a cheerleader on the sidelines. From the very first meet, I am rooting for both of them. This is a fake boyfriend on holiday story and I am here for it. The only problem? They are attracted to each other but Alec does not want a relationship and Keela is not a one-night-stand kind of girl.

When they are on holiday the story goes on in a pretty standard format, Jason sucks, and Mica is well as nice as she can be (those two are the bride and groom). Alec and Keela bond and decide to date for real. We then meet Uncle Brandon and it is not good. Keela knows about Alec’s previous job but not the reason that he was in the family business we off-course do know turns out uncle Brandon does too. Alec does tell Keela but not before uncle Brandon has had time to sabotage the whole relationship. Uncle Brandon is shady but even though he hurts Keela and he is a bad guy. I can’t help but somewhat feel as conflicted as Keela. He loves her so much and I like him for that. The way he goes about it, and about life is not okay, but he loves her something fierce.  Around this time Keela finds out Alec is bisexual. I love that this is never seen as a big deal at all, they have a good chat about it and how it doesn’t necessarily mean that he will want to be with a guy one day instead of her (which she is a bit afraid of). I find it so nice that this is handled well and not used as some sort of plot. Up until this point, everything goes as normal as it can be, but nothing can ever be what it seems in this universe. Uncle Brandon forces Alec to break up with Keela in a way that will make it stick, betrayal. I felt so sad for Keela as she has been through so much betrayal before. Their breakup is so justified. I truly think this is one of the best break-up scenes I have read about. In a way, it’s so good that they broke up because they had to as Keela has too much respect for herself to put up with that again. We can really see her strength here, she might be insecure but she has learned her worth. Throughout the book, she is standing up for herself against her family and truly I felt so proud of her. But again you do not want Alec and Keela to break up because he would never cheat if he had the choice. But when she knows and understands this, it’s too late. She knows what her uncle will do to Alec and his family thus she needs him to not want to be with her. This is what I meant by the fact that they are inevitable but everyone around them wants them apart. Because of that, they want to protect each other and Alec’s family. In the end, I really think this needed to happen for forgiveness to occur. They had to both hurt each other to understand why the other did that. But this is not the big blow up, it is Bronagh, Keela, and Alec getting kidnapped. Honestly, this story goes from cute romance to mafia family and kidnapping in a heartbeat. Let that sit for a second, you almost wonder if it can get any crazier. But again it doesn’t even feel that out of place. Maybe it is because the people in the story admit that it’s crazy. It kind of makes you go ‘well yeah, it is crazy’ and then you can move on. There is a plot twist from the setup of the kidnapping drama which I’ll leave spoiler free, I know the plot twist will happen and I know how but for some reason I am always still shook, only good writers can make that happen.

I enjoy the very end of the story and how it can go from all being effed up to Aideen and Keela being pulled over for a speeding ticket. To me, this was so funny and makes you want to read the next book. In the end, Keela stands up to her mum, she is in a lovely relationship and it feels as if things are looking up. This was such a cute and wonderful romance, I genuinely enjoyed it. I love Alec’s personality he is heartwarming. He does not worry as much about things but Keela does which makes them work well together. When reading, it feels as if they are my best friends and I am rooting for them. I get all the friendly vibes from them toward the reader.  Keela is a lovely girl, she is hot but she does not see it. We all have a friend like that, don’t we?  When she is with Alec she says what she thinks she is not inhibited by her own insecurities. She has her heart on her tongue with him. We understand she is not usually like that. You can see her growth because she is with someone that makes he feel safe enough to be herself. Also, this is what I meant that it is not enemies to lovers sure she doesn’t like him because he makes crude jokes and wants to get into her knickers but right away she asks him for help, she feels safe with him, and they have fun. She is attracted to him, that’s not being enemies. They do bicker but it is not in the way that Bronagh and Dominic do. Keela can be very vulnerable but Alec makes her come into her own and stand up for herself. She then feels safe enough to ask for/ go after what she wants out of life and that is incredibly beautiful. It’s such an easy lovely book you can breeze through.  An absolute gem of a story.

I read this book for free with my audible account. My thoughts about audiobooks, in general, will be discussed in the final review. 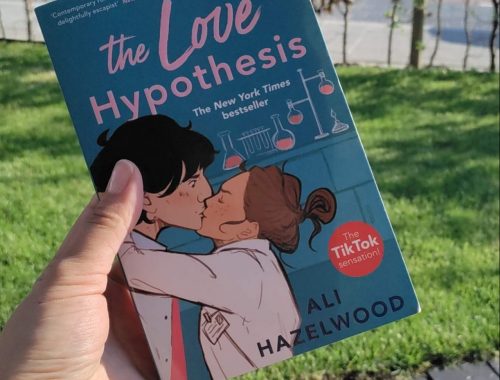 I sadly am not that into literature.