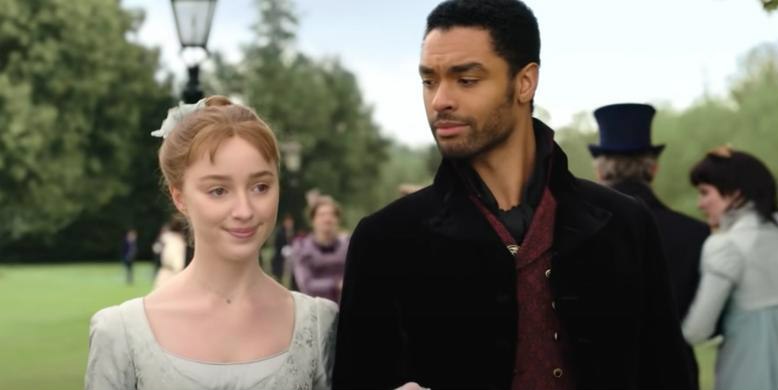 Audio books, I must say a few years ago I wasn’t interested but a few years ago I got an audiobook app. To my own surprise I really did love it. Over the years though, that app wasn’t what is used to be. A lot of English books were deleted, book were being promised but not delivered. So, when I had watch Bridgerton, review here. I knew I had to read the book, but as I don’t really have the time nor mental time to read. I made an audible account and read the book through there. This review became far too long so I split it in two parts. Today, I will be sharing part 1 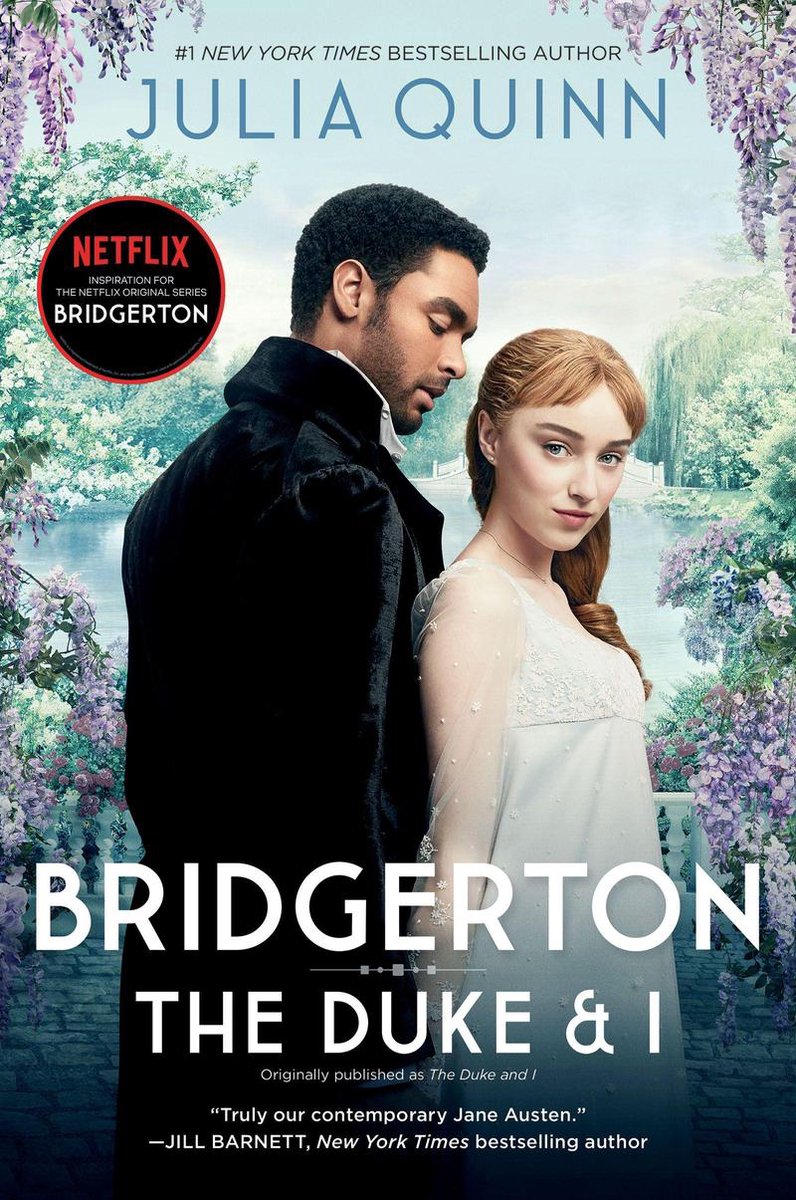 What is this book about?
By all accounts, Simon Basset is on the verge of proposing to his best friend’s sister, the lovely -and almost-on-the-shelf- Daphne Bridgerton. But the who of them know the truth- it’s all an elaborate plan to keep Simon free from marriage-minded society mothers. And as for Daphne, surely she will attract some worthy suitors now that it seems a duke has declared her desirable..

Their ruse works like a charm – at first. But as Daphne waltzes across ballroom after ballroom with Simon, it’s hard to remember that their courtship is a complete sham. Maybe it’s his devilish smile, certainly it’s the way his eyes seem to burn every time he looks at her. It wasn’t the plan, but it seems she’s falling for the duke, for real. And amidst the glittering, gossipy, cut-throat world of London’s elite, there is only one certainty: love ignores every rule . .

What did I think?
We start the book of by meeting Simon and then Daphne which makes it very easy for us to know from the get go that they will end up together. Which we could have guessed from the title and back of the book as well. I like the fact that this fact really isn’t up for question. They end up together, alright. But we still wonder HOW. The whole story around it, and when it will happen is interesting.

At first we meet Simon and learn that he has a stutter. I like that in the book he doesn’t just grow out of it. As some people just don’t, no matter how hard they work at it. Especially when very emotional. I think this was a good way of representing stuttering as it can be so very frustrating to the person themselves. This also makes sense in a lot of scenes that don’t work as well in the series. 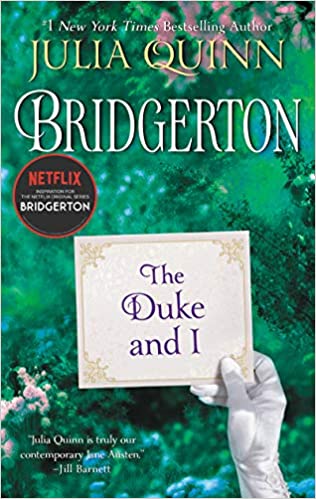 The way the story is written is lovely as if someone tells you a story instead of observing. I can only imagine how heartbreaking it must have been for Simon’s mum to not be able to carry a healthy baby to term before Simon was born. this is obviously very difficult for many women still but back then you where blamed for such things. Whereas now we know that there is no one at fault. It was such a sad note to start a book of but I do think it helps to get you in the mindset of the culture at the time. Besides this, it makes you want the best for Simon so you just keep reading. Interestingly, when we meet the Bridgerton’s we are told they all have brown hair and that this is well, boring. This is something seen in a lot of shows the ‘mousey, nerdy character’ is usually a brunette. The ‘fun cool girl’  is usually a blonde. This is a very interesting observation about how the media views things like hair color.

A massive difference in regards to Daphne is the fact that Daphne already has had two seasons instead of this one being her first. Daphne isn’t necessarily the ‘bell of the ball’ or the ‘diamond of the season’. This makes so much more sense because even if the brothers where mean to every guy, it would just be that those would try to suck up to the brothers instead of not showing up for Daphne. We meet Daphne in the third season and learn why she hasn’t been successful un until now. It’s not because she is unfunny or has a bad reputation, she isn’t even ugly. Men don’t pick here because she is a friend. In their eyes she is their friend and she cannot shake this image. I think this is a very real and reasonable problem to have to which a lot of us can probably relate to. Her mother is such a lovely woman, she wants Daphne to marry for love but she also wants her to marry as especially in those days you just had too. 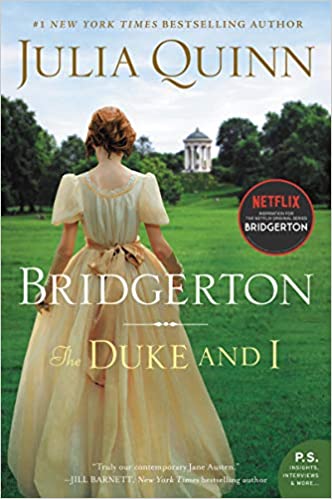 I did think the lady lady Whistledown was interesting as it shows how people like to gossip about one another and that gossip magazines are of all times. I love the fact that Daphne comments on things such as the fact that she might have gotten a first at Oxford if they only let in women. I really like this as in the series she comes off as a girl that just wants to marry but their is so much more than meets the eye. She knew of Simon before hand and was interested in him before she met him which brings an interesting part to the story. In the book Simon has icy blue eyes but the stare that is described is something seen in Simon in the series, which makes it a great casting choice. The way Antony talks about Daphne, he loves her and it can be seen in the way he is allowing her to choose a men she will be happy with. I also love the Violet gives her sons lists of who to marry. I think it’s great that she treats her children the same, she wants them all to marry. I also think Lady Danbury is a very fun character.

Then Simon and Daphne meet..

And Simon likes her, right away he likes her. He then finds out she is the sister of his best friend which complicates things. I love that Simon is really kind towards Penelope when he meets her, as her mother doesn’t seem to want to boast about her which is simply sad. He also comes across so sweet when he brings Daphne’s mother flowers this is so thoughtful and kind. Simon and Daphne simply have fun together, and this is one of the most important things for a relationship. They both know that they simply fit. This is also why the faux relationship feels almost a natural thing for them to do. I didn’t understand why they had to tell Anthony, to me this didn’t make much sense. Daphne and Simon spend much more time together. And before Daphne knows it, she falls in love 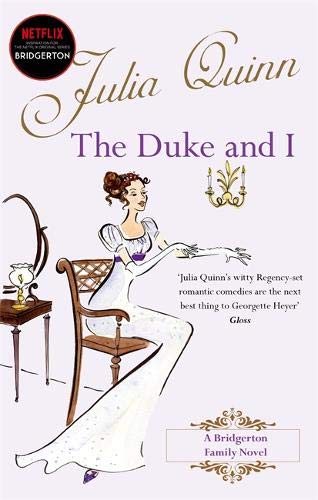 Also I must add I love Violet in the book as well, and when Daphne said “I could do a great deal worse than follow your example mother” I felt that. As this is exactly something I could have said to my own mother.

Audiobook specific
The book was narrated by Rosalyn Landor, it took me a while to get used to her voice. It’s very clear which is great. After I got used to it,I did really like it. She has a nice accent that fits especially well with the lady Whistledown parts. Speaking of the bits from lady Whistledown they really didn’t add anything to the book as where a bit annoying to me. I also had this when reading Gossip Girl so that is just my preference, if I would have read the physical book I would have skipped those parts after two chapters or so.

Soap and Glory: call of fruity: bubble in paradise 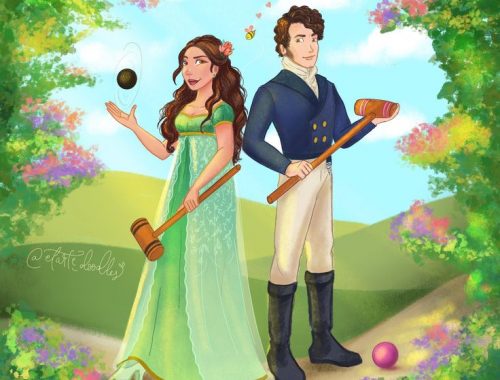 The viscount who loved me