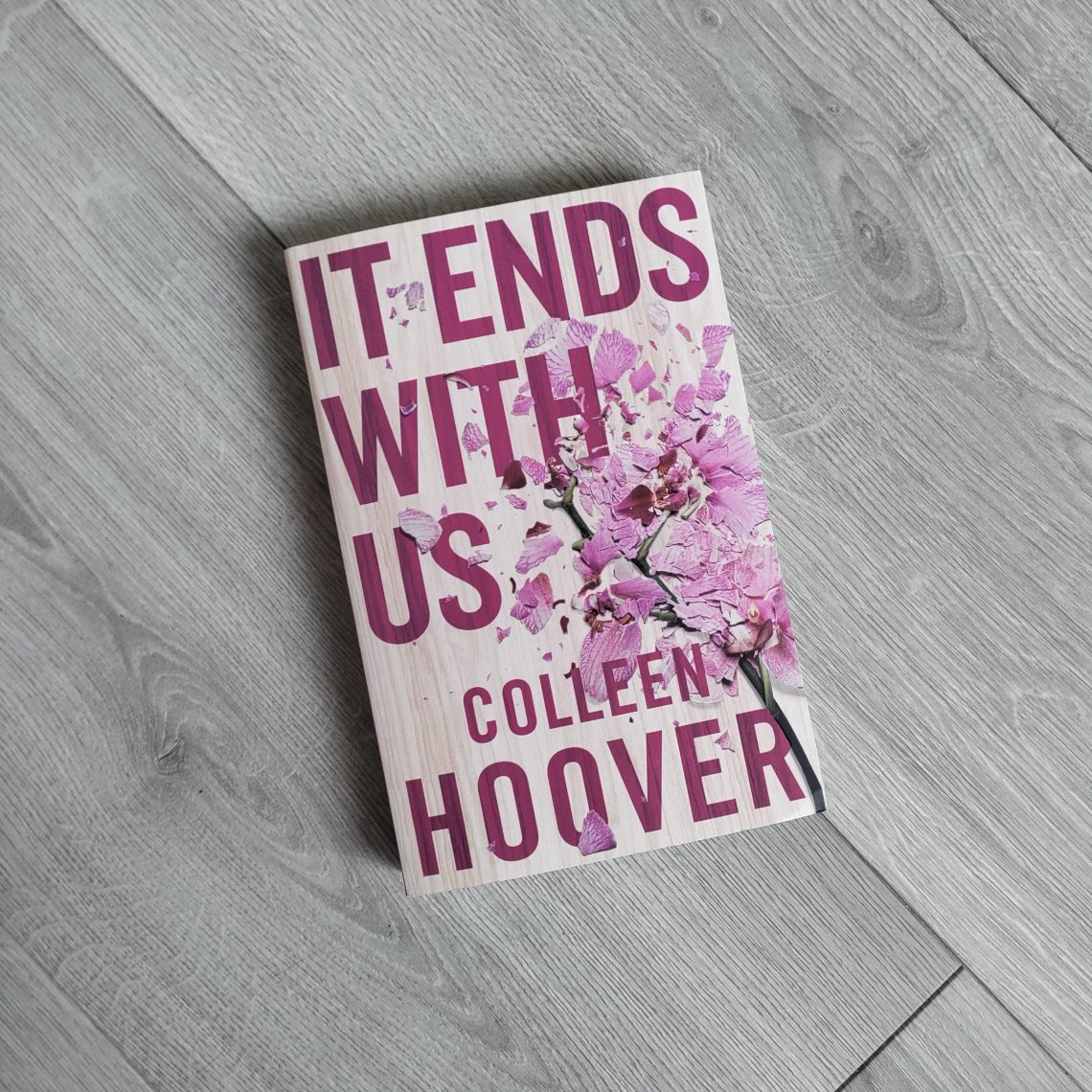 Sometimes, it’s nice to be right. I knew I would like Ugly Love better but as that book meant a lot to me I knew I had to read another book from Colleen Hoover to find out what I think about her writing. I think she is a slow burn for me. It takes forever to get into the story, this is the way I click with her writing so nothing against her. But once it does click I cry. Let’s get into that.

Disclaimer
This book talks about traumatic topics (i.e. abusive households and spousal abuse) if you have been traumatized in any way related to these topics. Please be careful when reading, there is no shame in passing up this book. In addition, this is an adult book for adults and does contain sexual material although not too explicit, if you are uncomfortable with reading this, I recommend reading another book.

The book in short
Sometimes it is the one who loves you who hurts you the most.
Lily hasn’t always had it easy, but that’s never stopped her from working hard for the life she wants. She’s come a long way from the small town in Maine where she grew up — she graduated from college, moved to Boston, and started her own business. So when she feels a spark with a gorgeous neurosurgeon named Ryle Kincaid, everything in Lily’s life suddenly seems almost too good to be true.
Ryle is assertive, stubborn, maybe even a little arrogant. He’s also sensitive, brilliant, and has a total soft spot for Lily. And the way he looks in scrubs certainly doesn’t hurt. Lily can’t get him out of her head. But Ryle’s complete aversion to relationships is disturbing. Even as Lily finds herself becoming the exception to his “no dating” rule, she can’t help but wonder what made him that way in the first place.
As questions about her new relationship overwhelm her, so do thoughts of Atlas Corrigan — her first love and a link to the past she left behind. He was her kindred spirit, her protector. When Atlas suddenly reappears, everything Lily has built with Ryle is threatened.
I got his information here. 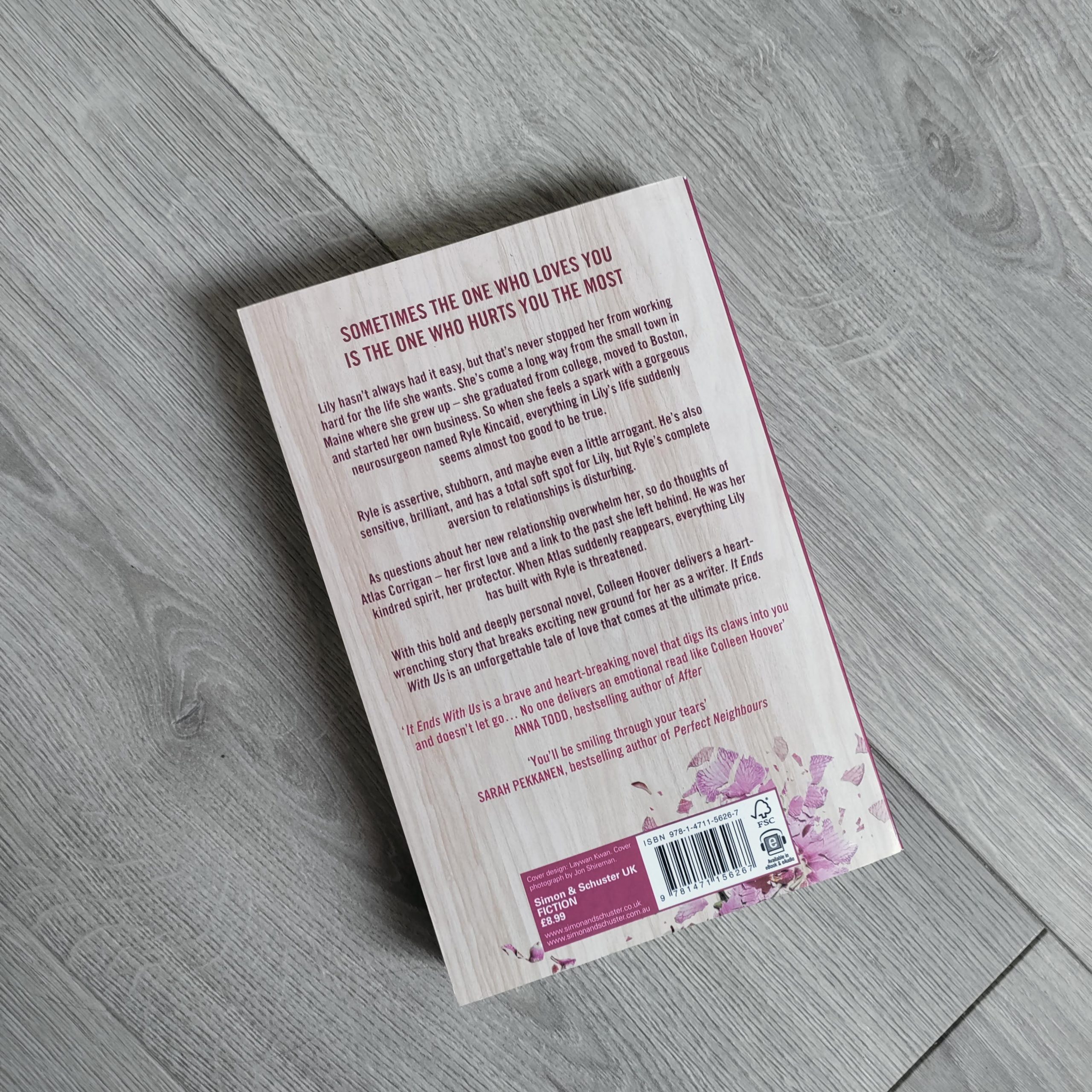 My thoughts
This book has under 400 pages, to me the first half sucked. I knew from the beginning that Ryle was bad news as it makes sense from the story on the back. I think if I truly hadn’t known this I might have excused some behaviours but overall. There were so many red flags, I hated the relationship and everything it was about. The whole time I was waiting for something terrible to happen but it took so long it got boring. To me the first 200 pages were so boring, the only reason I kept reading is 1. I cannot quit a book 2. I wanted it to be over 3. I was frustrated and wanted to meet the other guy that was advertised. And then after I had almost given up we meet Atlas and all is right in the world. I felt that the author tried really hard at first for me to get invested in the relationship but I couldn’t. To me Ryle sucks and it’s a shame because I like the fact that he is a neurosurgeon. But bad behaviour will never be excused.

I think he was very honest he didn’t want a relationship and children and in this case, it probably was because of the trauma in his youth. You can choose to not have children and a relationship or to work on it. Why did he never work on it? Later on, he says that he has been in therapy for years, which makes me so angry because it implies that therapy does not work. If you are that angry still, after years of therapy you get into blind rages you have serious issues. So much so that I do not know how you can function in daily life, especially in such a demanding job. Being a surgeon is no joke, I cannot begin to imagine what Ryle must have been like when he was younger if his coping is this bad. How on earth did he go through med school? Grad school in general is really difficult, it’s so strange.

I thought at first when Lily talked about the “homeless guy” she fell in love with that made her bring “great shame upon her family”. I thought she did that when she was an adult, she was a teen and the guy went to her school. When I hear ‘a homeless guy’ a guy from school is not at all what I picture. She didn’t fall for a homeless guy on the street which I am sorry to say is what I thought. She fell for a boy in her school that happened to be homeless. In addition, when they got found out, I am pretty sure he lived with a family member making him not homeless. The author writes about young people, people in their early 20s and me at 25 just assume they are roughly my age but these people get into this very serious relationship when they are so young. This girl gets into a very serious thing at 15. For me personally, that is a bit odd as that does not happen for most people. The ages make me a bit confused, sometimes they are so mature, and other times they are not but they are 23 and I feel that mistakes can be made at that age. Not having life figured out is not wrong, not that the book makes it feel like it is. But people expect so much from themselves and each other. At 23, just work on your future and have a good time is all I would advice. 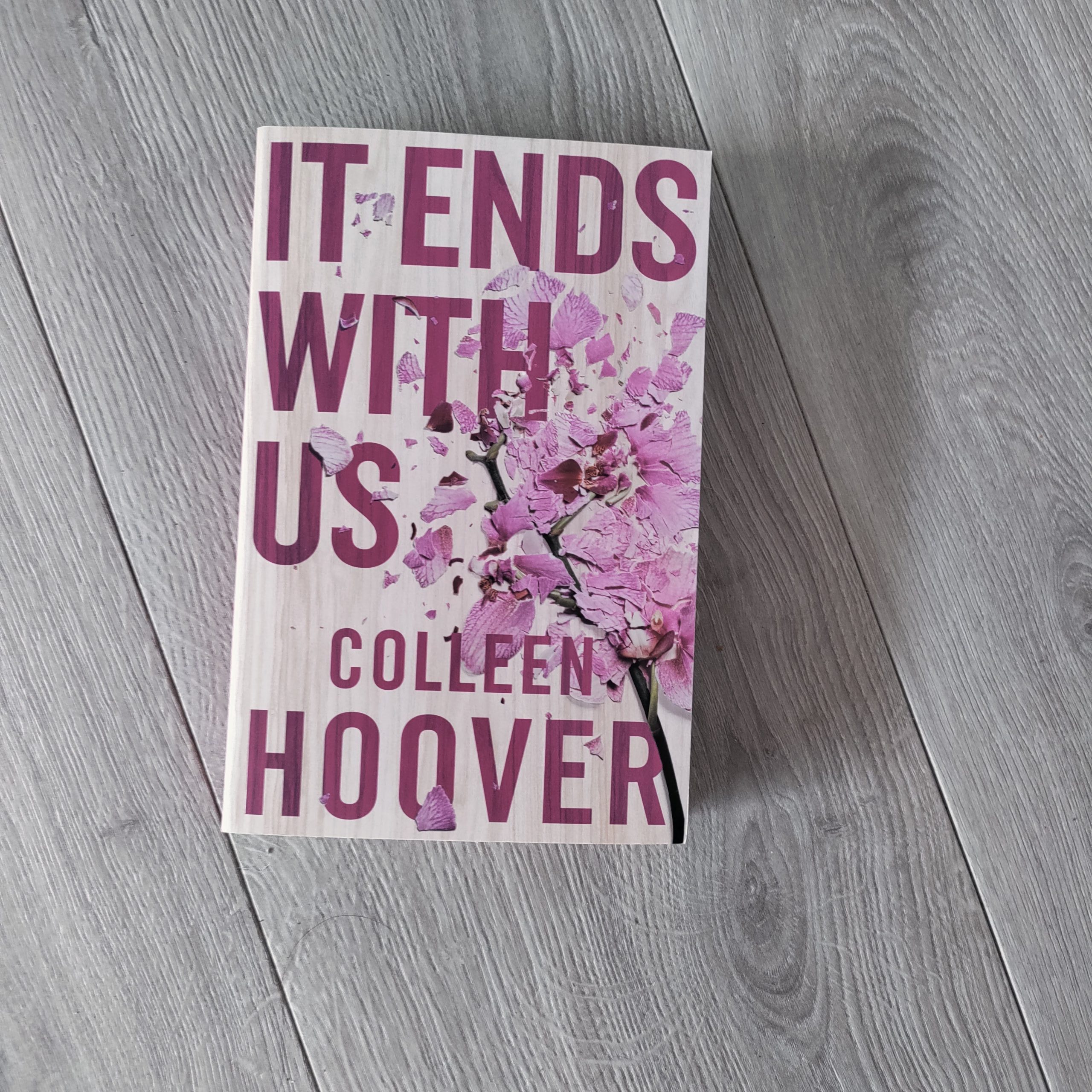 Back to Ryle and his red flags, he shows up at her house and begs her for sex. Lily, sweetie run in the other direction. That is not cute whatsoever. I understand she also wants to have sex but if you tell a boy you do not want to have sex right then, or that you do not want a one-night stand he needs to let it go. Sometimes people can go back and forth in their mind with what they want but I think in this situation if you change your mind, you (the girl in this scenario) need to tell the other person. They should not ask, let alone beg. I am waving all the red flags right now. I was reading this and thought ‘ew’, the first meet was cute, the second meet was cute. But knocking on all the doors in a building because you want to sleep with a girl? That is absolutely ridiculous, that is improper behaviour. It shouldn’t happen. His lack of boundaries is absolutely disturbing, it’s behavior that should never be tolerated. If you say no, no should be respected. You are always allowed to say no, boy or girl you deserve so much better than being treated this way before you are even in a relationship. It can be argued that Lily does not have healthy boundaries and cannot tell red flags and in a sense, I do not think this is the case. I do like the fact when Lily is honest and explains that the things he does that can be considered cute like sending flowers and hanging a picture of her on the wall is hurtful to her. Because he does not want to date her, I found this a power move of Lily.

I usually give a book a grace period of 100 pages. If I do not like a book after that I usually do not like them at all. That is how it felt when I was on page 128. I knew if I put it on the shelf now I will never pick it up again but I wanted to finish it. Then we met Atlas and things sped up from there. When he came into the picture, honestly my heart smiled. I wanted them to be together so bad and I wanted Lily to dump Ryle but she needed more time to make that decision. I do think that it was beautifully written how Lily argued with herself over the abuse and I think that this is how people in such relationships argue with themselves in this way. It took 200 pages for me to go ‘this is great’ and if it takes that long, it’s too long. The way Atlas finds out about the abuse by just observing, made me fall in love with the character. When the abuse gets worse, I just want to give Lily a hug I was rooting for her to get away from Ryle. I was so proud of her for breaking the cycle for her baby, I was so proud of her for memorizing that number. I am so happy that in the end, she made the decision for her daughter.

I think the story would be a lot more impactful if you have been in an abusive relationship or if you grew up with abuse. Or if one of your parents was and you never understood that part of their life. I am however very blessed that I have never been in that situation. I do understand why people (men or women) stay in relationships like that as I have researched that before. Thus for me, it wasn’t as impactful as it could have been for others. In addition, I do not really care about Ellen, I never watched her show. I was never interested in it so the letters to Ellen to me are just annoying. I do not like plots in the form of things like letters.  I loved her story with Atlas I just wished it wasn’t in the form of letters.

The end pages of this book made all the pages that came before better. The ending was so impactful. If you want to read it though, do it with discretion. Abuse is no joke and skipping a book because of its content is valid.

The case against the teenagegirl 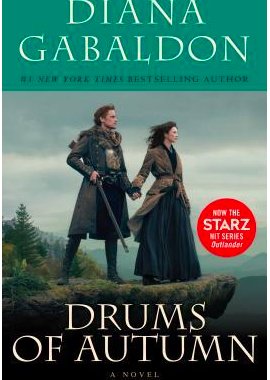